When trying to restore data from a backup, Mysql cannot create some tables like openmrs.sync, openmrs.user_role 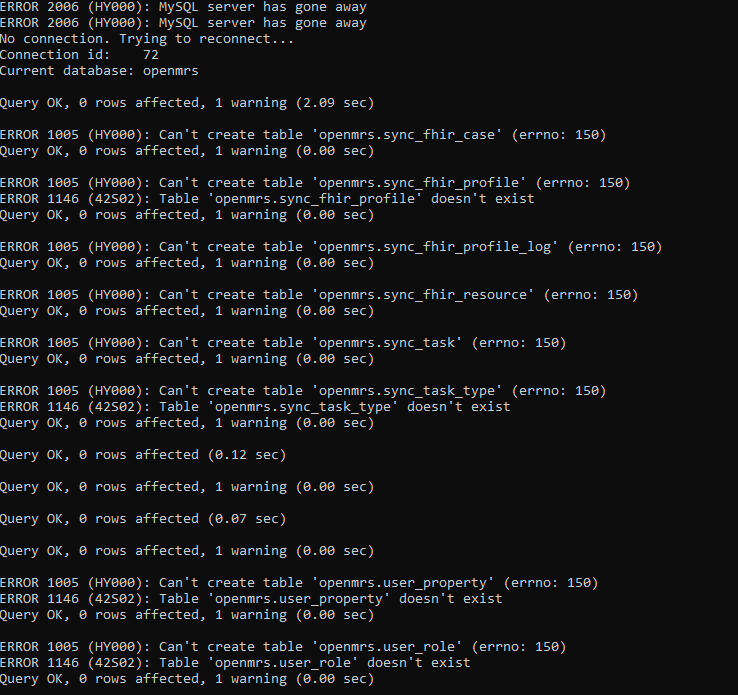 @mathias.bbaale Seems like mysql goes away and then fails to create a specific table that is depended on by other tables which also fail to create.
How do you back up the database?

This backup was done using the backup app in UgandaMR

@mathias.bbaale The issue here seemed to be that the MySQL environment may not have enough resources to restore this database based on the discussion and the interaction with the database itself.
The database you have just received privately will be able to restore smoothly. Let me know if all goes well

Your set the maximum allowed packet and specify the size depending on the memory resources your computer has.

You can consider using the command below

Also it’s important that a restart of MySQL instance is required for that command to effect.